Protein
8.7g / 18%
Carbohydrates
13g / 26%
Fats
11.8g / 56%
The energy content breakdown shows the amount of the macronutrients (i.e. carbohydrate, protein and fat) contained in one serving of the recipe and their relative contribution (in %) to the total energy content of the serving. 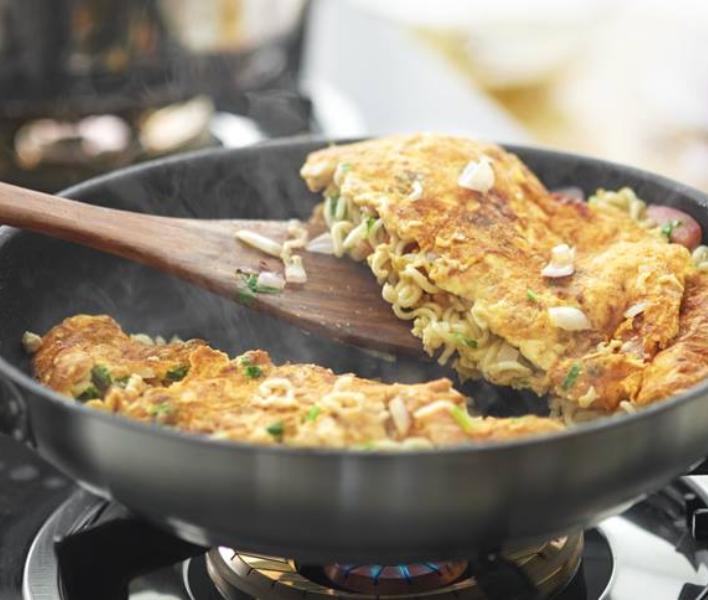 Murtabak is a popular street food in Malaysia commonly found at mamak joints, ramadan bazaars and even roadside hawker stalls. Despite murtabak having its origins in Arab cuisine, it certainly enjoys widespread popularity throughout Southeast Asia. In Arab countries, murtabak is known as 'mutabbaq' which means 'folded', so it gives you an impression of how the snack looks. Murtabak has two main versions: the savoury version that is commonly found in many countries, and the sweet version offered exclusively in Indonesia. A savoury version is a thin dough packet stuffed with a combination of minced meat and eggs, and fried in oil to a golden crisp, whereas the sweet version has a thicker dough layer stuffed with sweet fillings.

Try this MAGGI® recipe for savoury murtabak with a creative twist — this time we’ll use MAGGI® noodles as the main filling ingredient! Firstly, blanch the MAGGI® noodles without seasoning and leave it aside. Next, combine some onion, eggs, chicken meat, and parsley with a packet of MAGGI® noodles seasoning in a bowl. It is important to use only ground or minced meat for better texture and flavour distribution. Next, toss in the cooked noodles and mix well. Lastly, heat up some fragrant ghee oil and fry the murtabak for 3 minutes on each side until it forms a crispy, charred outer layer — ready to be served!

Enjoy this popular street food delicacy at the comfort of your home with your loved ones. Looking for interesting new takes on traditional delicacies? At MAGGI® recipes, you can learn how to make a nasi lemak cake, potato omelette or a tofu burger!

This dish has been optimized for 8 servings. Quantity and times may need to be varied. Here you can find more information about adjusted portion sizes: 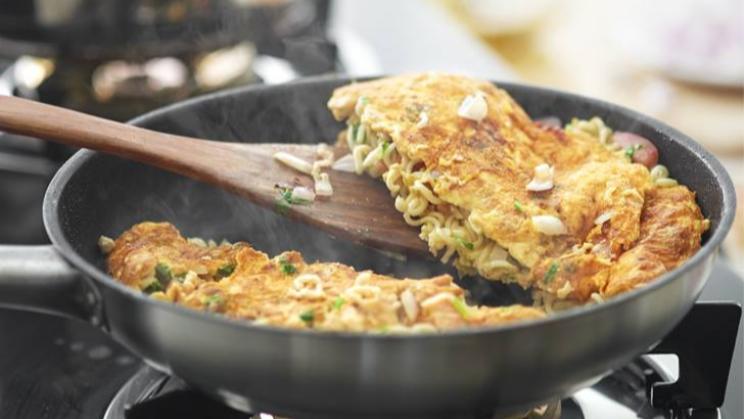 Start by blanching the MAGGI® 2-Minute Noodles Kari without the seasoning for 2 minutes. Strain the water and leave it aside.

Next, combine the yellow onion, eggs, chicken meat and flat-leaf parsley in a bowl with 1 packet of MAGGI® 2-Minute Noodles Kari flavour seasoning.

Then, toss in the blanched noodles and mix it all together.

In a pan, heat up the ghee and fry the MAGGI Murtabak for 3 minutes on each side.

When it’s ready, surprise the family with a rather new take on their favourite noodles!